This Lulworth Cove, England is a cove which is located near to the village site of West Lulworth. You may find it easily on the Jurassic coast world heritage site which is present in Dorset. Do you know that this cove is one of the first examples when it comes to landforms and tourist locations, it is true! It catches up 500,000 in the number of visitors on an annual basis. 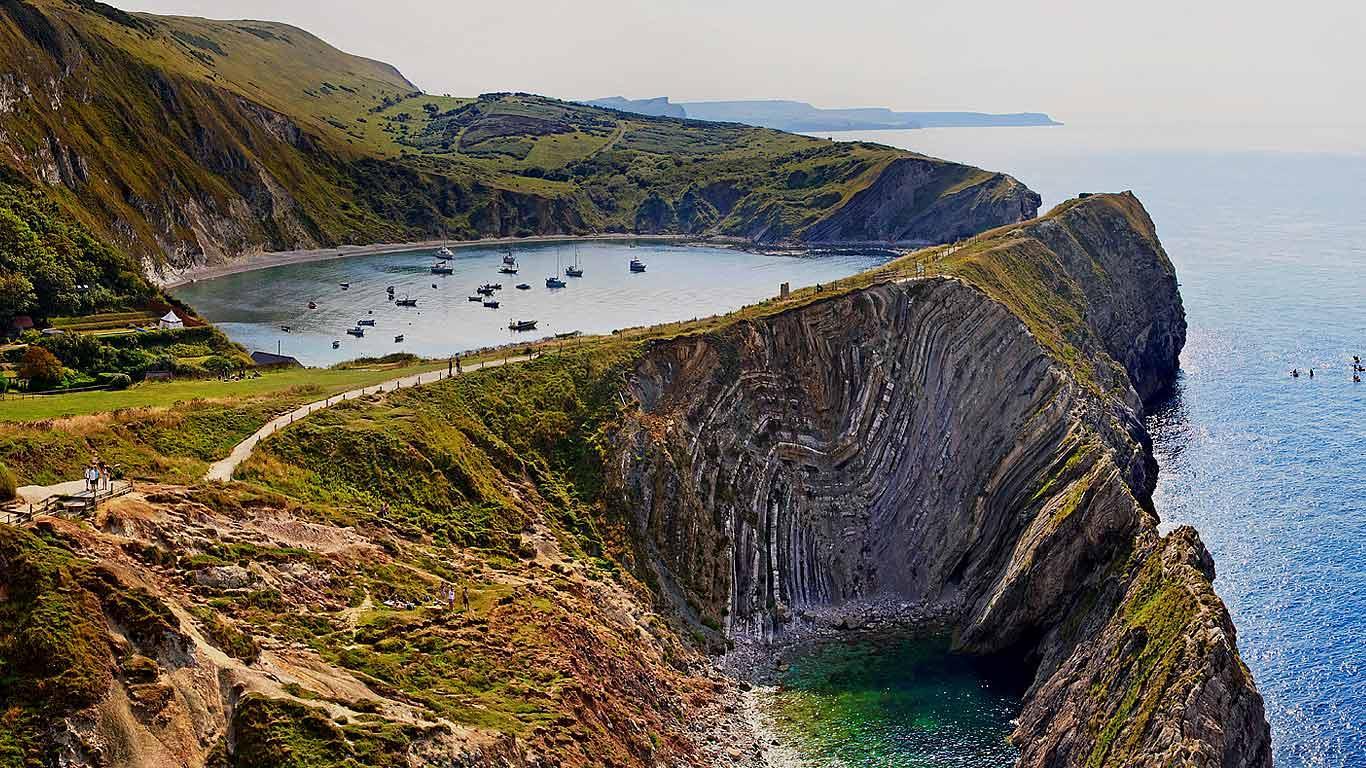 Most of the visitor visit this Lulworth Cove, England during July and August. This cove act as a staircase so that you can reach the Jurassic coast site. To enter to the largest of all chalk hill site, you can have access to this cove. On the east side of this cove, you can visit a fossilized forest.

This Lulworth Cove, England is quite intimately connected with Kimmeridge, it is one of the famous sites when it comes to rocky shores as well as fossils. Many of the geographers and to geologists have expressed their interest to explore this site since the 19th century. Then in 2001, this site was given the status as a world heritage site by UNESCO.