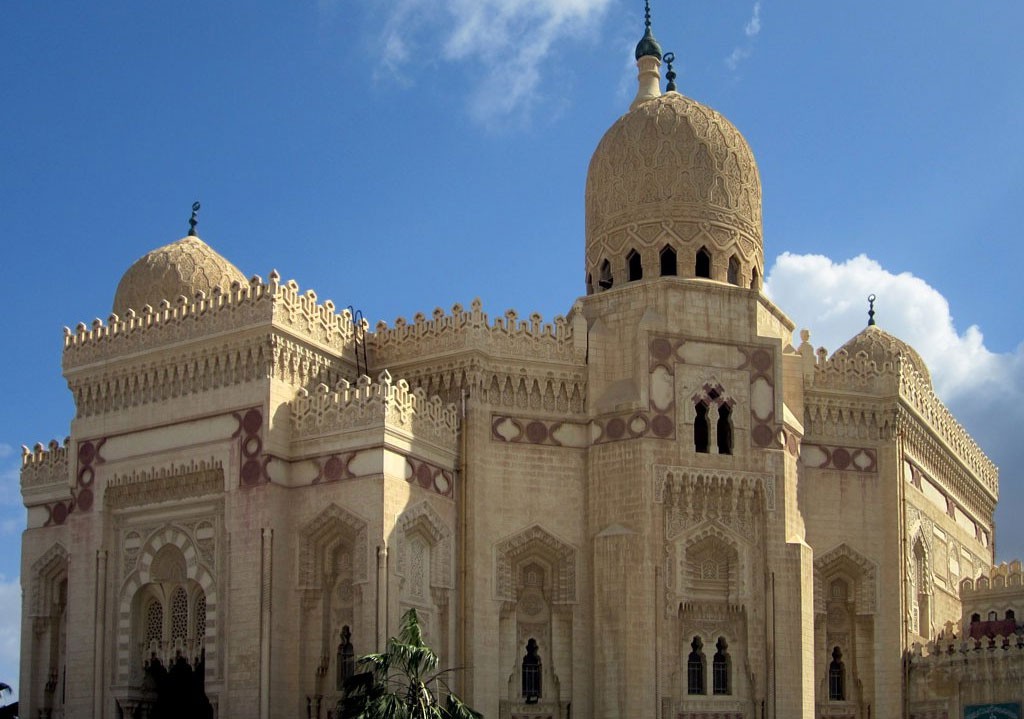 El-Mursi Abul-Abbas Mosque is a famous mosque in Alexandria, Egypt. The mosque is stalwart to the great Alexandrine Sufi saint el-Mursi Abul Abbas of 13th which contains his tomb. It is located in the Anfoushi neighborhood of Alexandria, near the Citadel of Qaitbay. The Mosque was redesigned and built in today’s current form by Eugenio Valzania and Mario Rossi in the years 1929 to 1945.

The mosque was built over his tomb in the Anfoushi district of Alexandria, which over time became the well-known of all of Alexandria’s mosques, the El-Mursi Abul Abbas Mosque. In Tunisia, Shahab heard about Shaykh Abu’l-Hassan ash-Shadhili, founder of the Shadhiliyya Sufi brotherhood, and he escorted him when the latter moved to Alexandria in Egypt. 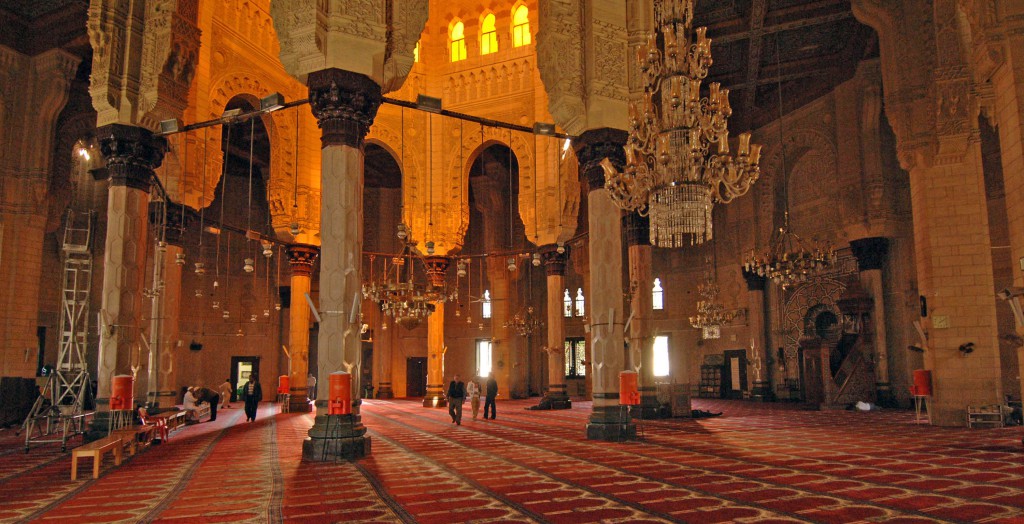 Many Muslim scholars from Spain chose to live in Alexandria as Muslim Spain gradually fell under the domination of bellicose Christian forces. The Abu al-Abbas al-Mursi Mosque is the most momentous and most beautiful mosque in Alexandria. It was built primarily in 1775 over the tomb of a Spanish scholar and saint, Abu El Abbas El Mursi, and stands on Mosque Square overlooking the eastern harbor.Abu al-Abbas al-Mursi was born to a wealthy family in the Andalusia region of Spain in 1219.

In 1307, El Sheikh Zein El Din Ibn El Qattan, one of the richest traders of Alexandria, visited the tomb. He funded a mausoleum and dome for the tomb, along with a small mosque. The tomb of Abu al-Abbas became a place of pilgrimage for many Muslims from Egypt and Morocco who passed through Alexandria on their way to and from Mecca. The mosque was modernized in the Arabian style that was popular when the saint came to Alexandria in the 13th century. The high ceiling is decorated with arabesque. 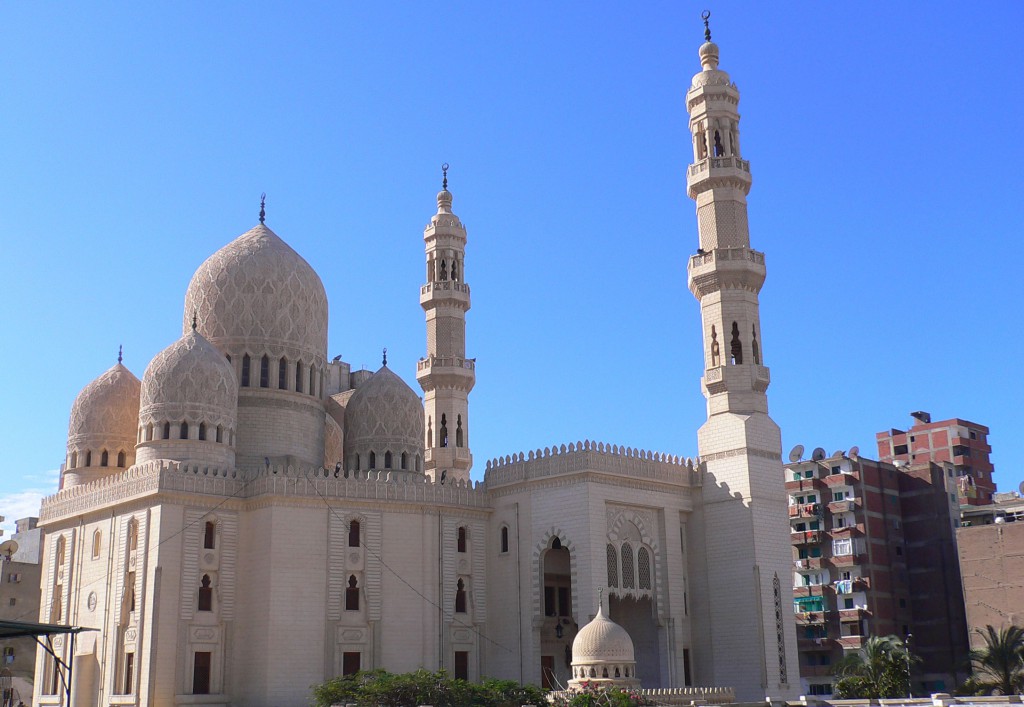